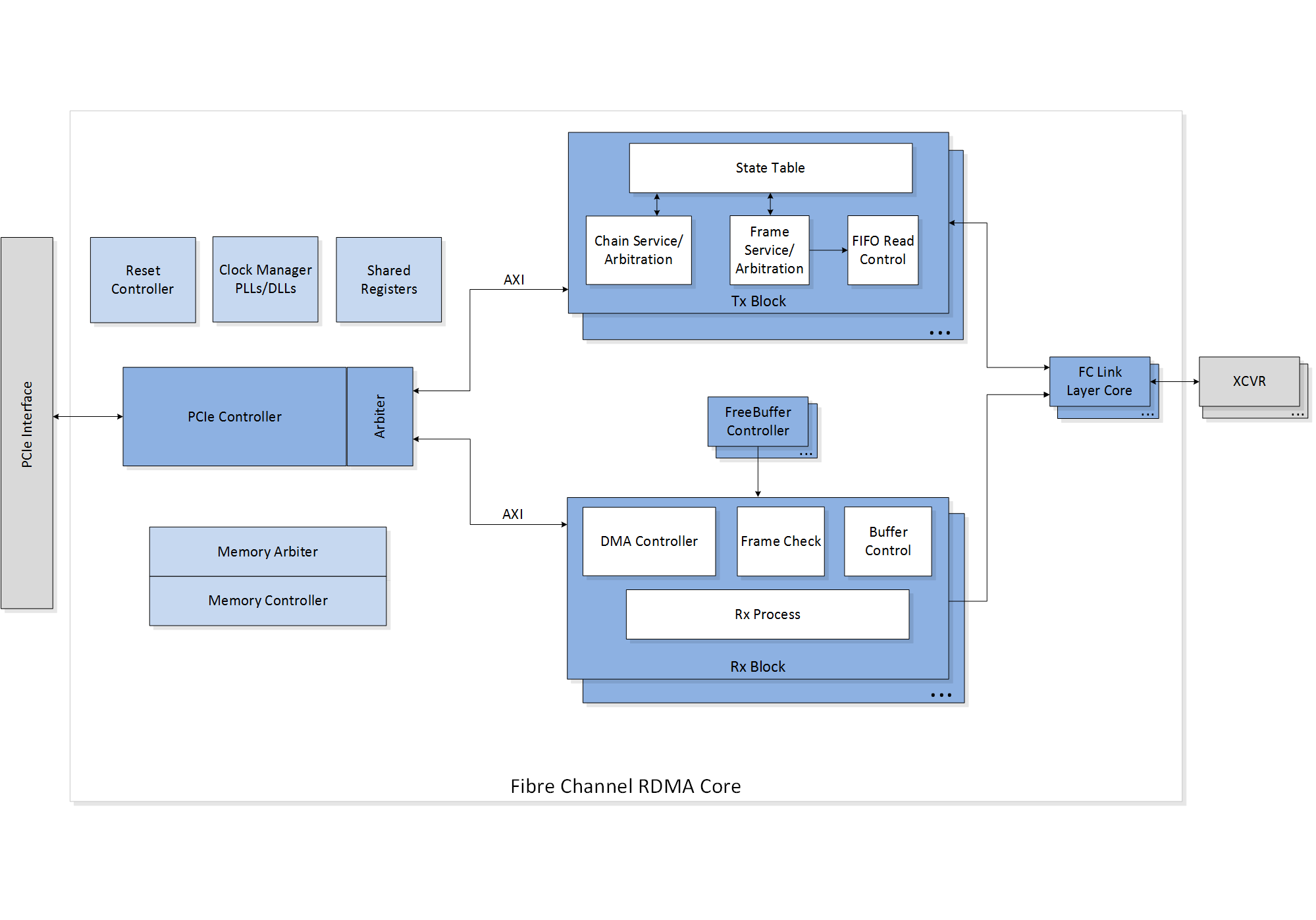 The host interface to the core can be AXI or PCIe. The core is built for dropping into a FPGA and providing the complete design from processor interface to FC-RDMA network interface.

This core is targeted towards applications in aerospace and has been used on a wide range of parts at varying operating rates. The core comes with test-benches and example code, making design integration a straightforward task.

Evaluation versions of the FC-RDMA IP core are available and New Wave DV has a set of standard form-factor boards featuring FPGAs, Fibre Channel optics, and off-the-shelf reference designs for quick evaluation of the IP core.

Get This IP Core Pre-Loaded on the Following FPGA Cards: