This site uses cookies to improve functionality and performance. By browsing this site you are giving consent to the use of cookies. 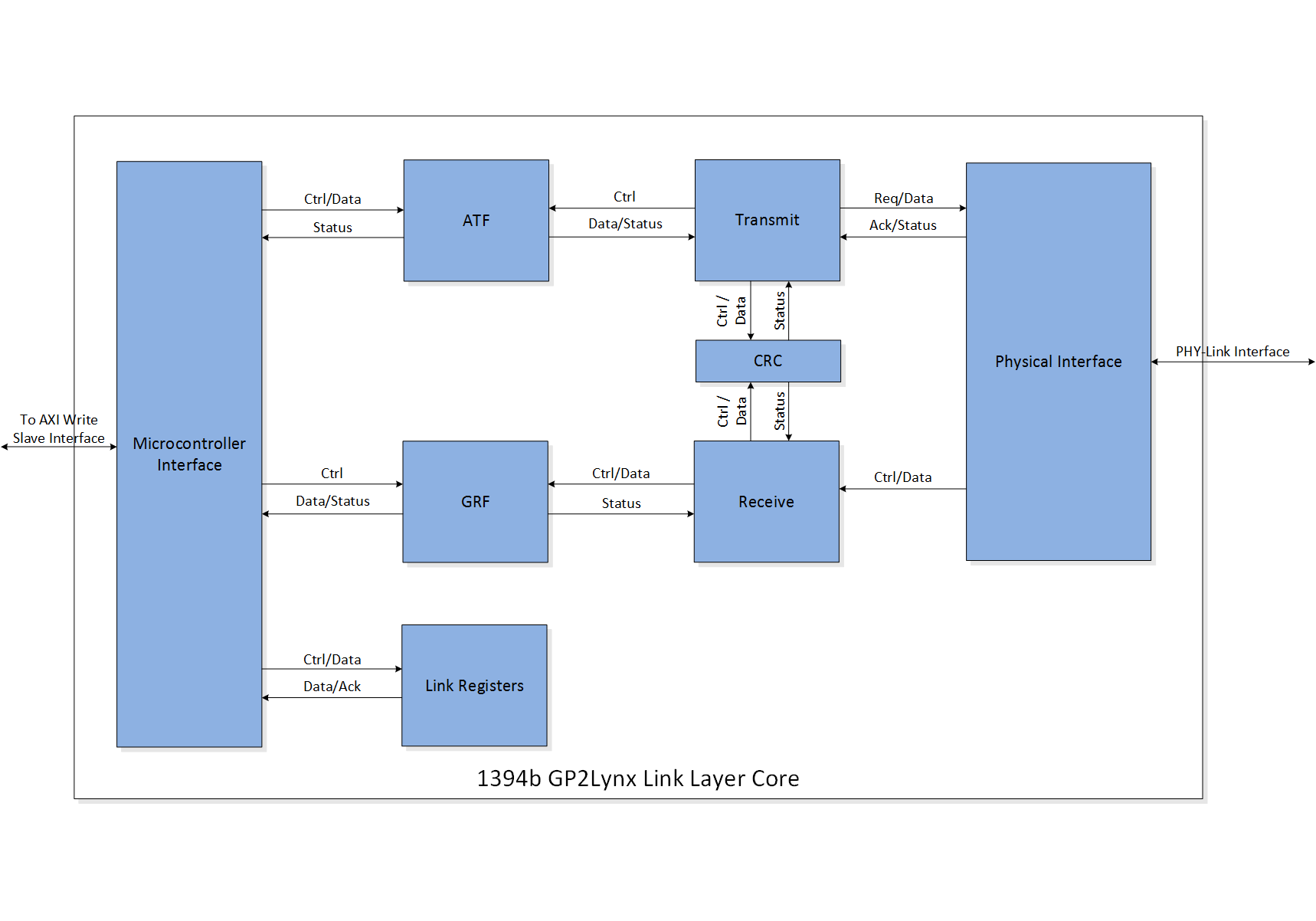 The New Wave Design and Verification (New Wave DV) 1394b GP2Lynx core provides a complete IP solution for the GP2Lynx Link Layer of the 1394b AS5643 support protocol.

At the PHY-Link interface, the 1394b core, with AS5643 performance protocol, is built for connecting to any PHY that implements the defined standard PHY-Link interface. This interface is compatible with the New Wave DV PHY IP 1394b core as well as discrete PHY Layer integrated circuits.

The 1394b GP2Lynx core is targeted towards applications in aerospace and industrial vision, and has been used on a wide range of parts at varying operating rates. Additionally, our 1394b core, with AS5643 support protocol comes with test-benches and example code, making design integration a straightforward task.

Evaluation versions of the 1394b GP2Lynx Link Layer IP core, with AS5643 performance protocol are available. In addition, New Wave DV has a set of standard form-factor boards featuring FPGAs, 1394b connectors and transformers, and off-the-shelf reference designs for quick evaluation of the IP core.